The concept of person, which is the main subject of all branches of law, has an important place in the world of law. Because the person is the owner and subject of the rights and obligations regulated by the rules of law. A human being is accepted as a person by birth and depending on this aspect, he has the capacity to have rights. In the ordinary course of life, the rights that depend on the person may be terminated in various situations. Personal rights are stipulated in the laws in detail by the legislator, because after the end of the personality, a new era begins in the legal scope. Person and personality related rights, their beginning and end are expressed in the context of the Turkish Civil Code. In this respect, the person who is determined as the inheritor with the termination of the personality in the form and/or situations specified in the laws cannot establish new legal transactions in the legal order. However, following the termination of the personality, some legal actions may need to be completed. This death-related situation evolves through inheritance law within the framework of civil law. One aspect of the legal proceedings within this scope is the effects of death (termination of personality) on the Turkish Tax System. In other words, in case of death, the tax transactions of the deceased will have to be carried out for the heirs whose refusal has not been inherited, for the new liability that will occur after death. In this context, the effects of the termination of personality within the framework of natural persons will be evaluated in the eyes of the laws within the scope of the Turkish Tax System. 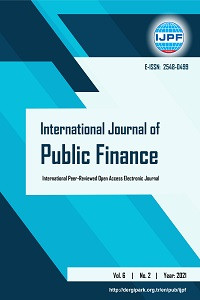