The region named al-Jazeera is the region, which is located between the Euphrates and Diyarbekir, includes other cities such as Karacadağ, Mardin, Midyat and Cizre and Dara, Cebelu Abdulaziz spreading between Belih Stream and Habur river, Sincar mountain, Cebelu Mekhul Mountain located in the south of Mosul is the region. The al-Jazeera region, which has great historical importance, was spread over the intersection points where the relations between Iraq and Anatolia took place. The crossing points to Iraq and Syria and the Armenian-Iranian regions, which constitute an important part of the Fertile Crescent, were located within the al-Jazeera region. There were many commercial cities in the region which had the pulse of both border and international trade and had the capacity to direct the economy. These cities, which were established on the banks of two important rivers, were the backbone of commercial life, together with other cities established in other important and productive regions such as Turabdin along the Mevsil-Raqqa line. The region, also known as “Ceziret-i Asur” or “Iklim-i Asur”, has turned into an area where both economic activities and cultural interaction are alive with its trade network since ancient times. The commercial activities of the Meyyâfarıkîn, Hısn Keyfa, Mardin and Diyarbekir regions, which were the important centers where the Artuqids, the subject of our study, ruled from their early periods until their dissolution, were discussed within the physical, political and administrative structure of the geography and the conditions of the period. 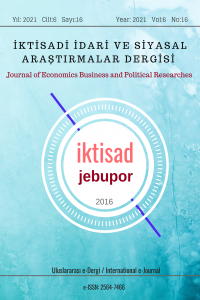