After the codification of Islamic sciences, an hierarchy was tried to be established among them. For the science of tafsīr among these sciences, studies on the Qur’ān in order to reveal the divine intention, some of the problems of tafsīr, even if they are in the later sources, had been taken into consideration. Among the sources, in which these issues related to tafsīr were discussed and examined, al-Baydāwī’s tafsīr Anwār al-Tanzīl plays an important role. Because the sharhs and hāshiyahs on this tafsīr reveal its effect on the literature to come. Al-Baydāwī presents tafsīr as the supreme of sciences in his introduction to tafsīr, he then subsequently accepts it as the origin of the Islamic sciences since it forms the basis of the religious codes; but on the other hand, he estipulates a competency in religious and literary sciences, in order to be able to conduct a tafsīr. In the sharhs and hāshiyahs, depending on these judgments how tafsīr is a superior science than others, and the problem of superiority of tafsīr over kalam and hadith were specially discussed. In addition to these, the problems of tafsīr ranking higher than other Islamic sciences due to its forming the basis for these sciences, and the acceptance of tafsīr as a latter knowledge as it can only be done with the help of these other sciences were discussed. This article aims to examine the aforementioned problems. 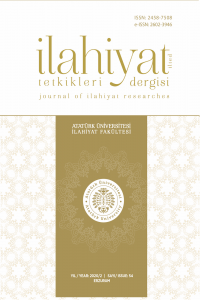