The Possibility of Constructing Character through a Grammar Book: The Example of al-‘Avâmil

In a grammar book, there are rules reflecting structures of mental thought and also examples used for the explanation of the rules as well. It can be postulated that they show perceptions of life. Taking this as our point of departure, this article considers and researches books written to teach Arabic Grammar. For this reason, the book named al-‘Avâmil of al-Birgivî (d. 981/1573) was taken as a sample for this research. The main purpose in many of his books is, as can be determined, to send a message to create Muslim character in its readers. This aim can be seen in his al-‘Avâmil too. This article purposes to show that al-‘Avâmil was designed in a structural system and exemplified in a way aiming to create Muslim character for learners of Arabic. It is shown that all of the examples were also made for this purpose, especially for beginners. As a conclusion, following analysis and comparison, this work shows that the author wrote his book to construct a religious scholarly Muslim character. And it can be said that this book can act as an example for new works in this context. 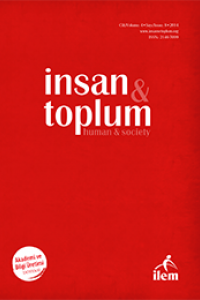