The concept of globalization is a very difficult concept to define with its wide meanings. For this reason, different views have been put forward by different theorists about what globalization is. The questions about when and where globalization begins, where and when it will end, what are the dynamics of affecting all economic and political systems, culture and communication are tried to be answered within the concept. Giddens sees globalization as a result of modernity. According to Giddens, the three main sources of modernity are: "separation of time and space, development of dislocation mechanisms, reflexive appropriation of knowledge" (2018: s.57). According to Giddens, the separation of time and space is at most in the modern period, and the relations between local and distant social forms and events have stretched in the modern period. Globalization mainly points to this stretch (2018: s.67,68). In addition to Giddens, Robertson associates the concept of postmodernity with globalization as well as modernity. He states that there is a double-sided relationship between globalization and postmodernity, Robertson emphasizes that globalization is a source of ideas about the conception of postmodernity, and that postmodernity has an important role in the emergence of the phenomenon of globalization as much as modernity (Akt.Balcı, 2006: s.33). Undoubtedly, the emergence of mass media, its spread all over the world and developing communication technologies have enabled people to be aware of each other and the events in distant societies. The absolute integration and unification situation that has emerged has caused the world to be perceived as a global village. According to Giddens, "mechanized communication technologies have dramatically affected all aspects of globalization” (2018:79). Thanks to this globalizing effect, a person sitting in a small village and reading a newspaper in 1892 understands contemporary events better than the prime minister of a century ago. A peasant who is reading a newspaper can simultaneously deal with the events around him, but also with the revolution in Chile, the guerrilla war in East Africa, the genocide in North China and the hunger in Russia, and have an idea about the events (Nordau’dan akt. Giddens,2018: s.79,80). Thompson tries to explain the beginning of the globalization of communication by centering important developments such as the laying of underwater cables in the late nineteenth and early twentieth centuries, the emergence of international news agencies, and the establishment of international organizations interested in the allocation of electromagnetic spectra. He says that the globalization of communication takes place in the 20th century through global media companies (2014: s.296,302). The fact that global media companies operate all over the world, purchasing or establishing partnerships with mass media such as radio, television, and newspapers, which have national characteristics as of their establishment, have brought a global character to the ownership structure of mass media. Today, mass media such as television, which have started to lose their nationality and family business features, have shown a global feature with the change of ownership structure and global broadcast policies. However, television has gained a global character, not only due to changes in television ownership structure, cooperation and increase in content trade, but also the development of internet technologies has contributed to this situation. The ability to watch television broadcasts in many countries at the same time has led to the formation of a global audience. Especially the drama production broadcasted in one country has been watched in all countries and has a global fan. The Turkish television industry has become one of the leading television content producers in the world, especially with drama export success. Although it can not be revealed with exact sales figures, it is estimated that Turkish dramas are watched by 400 million viewers in nearly 150 countries. This export success has given drama productions a global character by leaving the local quality of drama productions. The purpose of the study is how the globalization process affects Turkish drama productions in terms of production practices. Structured interview technique was used as a method in the study. The obtained data were analyzed according to the descriptive analysis method. In the study, it has been concluded that Turkish dramas, although partially affected by globalization, are at a local point and a local understanding continues in terms of production practices due to local-minded producers in the sector. 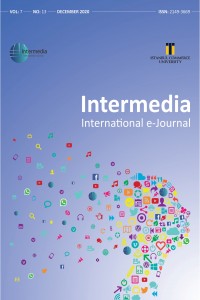