The children with Autism Spectrum Disorder (ASD) have impairment of gross motor skills. However, the motor deficiency is not a part of diagnosis of ASD. Majority of the people with ASD have motor imbalanced that affected serious health issues, body posture and PA performance. The major purposes of the study were to examine the impact of a structured physical activity programme on gross motor skills development on mild and moderate ASD. In order to achieve this purposes, the researcher has firmed two objectives namely (1) influence of PA intervention on gross motor development (locomotors & object control skills) of children with ASD and (2) influential comparisons of treatment effect between mild and moderate children with ASD. Purposive sampling technique was implemented to recruiting participants and a total of 20 samples were fixed after screening with the chronological age range in between 6 to 10 years and they deployed in two groups based on the degree of autism (Mild and Moderate). The total duration of experimentation last to 14 weeks, three times per week and each session having 40-60 minutes. Outcome variables (DV) were measured in three-time period (initial, mid, & post-test) and repeated measures ANOVA was used to find out the significant differences. The present study, demonstrate the substantial benefits for children with ASD through the structured PA programme. The locomotors skills have shown the statically significant (mild group f=52.66*, P<0.05/ Moderate ASD f=54.92*, P<0.05). In terms of object control skills also found significant differences with the effect of PA intervention (Mild ASD f=60.51* P<0.05/ Moderate ASD f=77.28* P<0.05). However, the group-wise comparison showed not significant difference between mild and moderate ASD. The present study concluded that 14 weeks structured PA programme was showed the gross motor skills development of children with mild and moderate ASD. 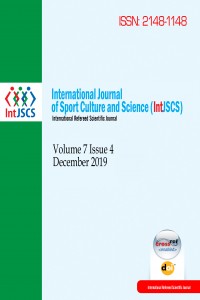