Abstract History reflects the evolution of mankind in its many facts. Culture, economy, society and polity are so interwoven together that a change in one is reciprocated by changes in the others too. Under colonial rule, political transformation had a great impact on the social and cultural life of the Bengali. Folk games, which are reflections of the cultural life of Bengal, saw a major transformation during this time. The folk games, which flourished in rural Bengal for centuries, had to give way to the more ‘institutionalized’ games. In Calcutta, there was little scope for the folk games to flourish and develop, as the inhabitants of Calcutta both in its early phase and in the later phase were associated with the colonial administration and colonial trade. In Calcutta, when the Colonial games were making their mark on the life of the Calcuttans in more than one way, the folk-games were eclipsed and lost. Sport is an expression of the societal and cultural manifestation, it can be consider as the mirror of any given society at a particular time. If we are to consider the world of sports in Calcutta during the early twentieth century, it will reflect some realities about its economy, society and polity. 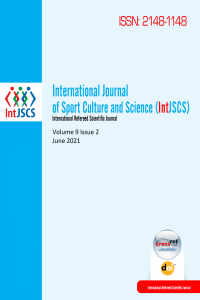