The aim of this study was to adapt the “Obesity Awareness Scale” into Turkish and test the validity and reliability of the measures. The study group was insisted that 419 primarily and secondary students in Turkey between the age of 10-14, 182 (%41.3) female and 237 (%58.7) male students. Obesity Awareness Scale was originally developed by Allen (2011). The scale, in its original form, was 4 point likert scale type tool consisting of 23 items in three dimensions. These dimensions were obesity awareness (8 items), nutrition (7 items) and physical activity (8 items). Firstly of linguistic equivalence of the scale were examined. Secondly after linguistic equivalence was performed reliability analysis. The total scale internal consistency coefficients for sizes .87 and subscale range of .82-.85, the re-test reliability coefficients were between .79-.85. For the construct validity, exploratory factor analysis and confirmatory factor analysis have been carried out. According to exploratory factor analysis, it was ascertained that there was a three dimensional (obesity awareness: 9 items, nutrition: 6 items) and physical activity: 5 items)structure accounting for % 44.66 of total variance. The agreement of this three dimensional structure was tested with confirmatory factor analysis, and found out that the fit index were in good degree (RMSEA=.046, CFI=.93, GFI=.91). As a result of scale to measure the status of individuals to determine obesity acknowledgment and obesity risk factors was found to have an appropriate structure. 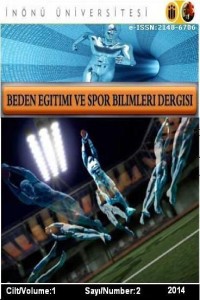