A Methodological Debate in the Ottoman Period: Cabizade Halil Faiz Efendi (d. 1134/1722) and His al-Kalimāt al-uṣūliyya

Individual treatises in the Hanafi jurisprudential tradition provide an opportunity and space of legitimacy for the madhhab’s legal positions. Jurists (fuqahāʾ) mainly refer to the literature to consult texts (mutūn), collections on legal opinions (fatāwā), and treatises for examining social changes. The treatises addressed various subjects, including coffee, tobacco, cash waqfs, and hunting with firearms. Tobacco drew the attention of Ottoman scholars (ulema), who began writing on the matter in the seventeenth century. The government’s strict measures against tobacco use and challenges among some scholars over their legal opinions on tobacco further kindled debates in the eighteenth century. Scholars, including Shaykh al-Islams, articulated various opinions on tobacco in their treatises and fatāwā. The variety of these opinions reflected methodological issues in jurisprudence. Notably, the scholars’ positions on various issues such as independent reasoning (ijtiḥād), the divisibility of ijtiḥād, imitation (taqlīd), and derivation of rules from legal principles or sources (takhrīj) all factored into the outcome and legitimacy of a jurist’s studies as well as to the level of a madhhab’s bindingness in the society. Therefore, treatise authors supporting the permissibility (ibāḥa) of tobacco argue, “No jurist capable of practicing qiyās (analogical reasoning) exists in their own times and thereby the item whose permissibility is discussed is permissible by the principle of original permissibility.” The others holding the opposite argument emphasized that qiyās was possible and still applied. 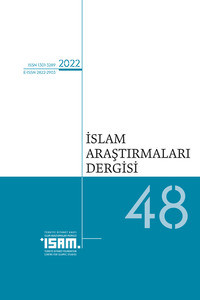