Developments in The Labour Market in Turkey in The 2000s: A Comparative Analysis

This study uses analytical methods to analyze the changes and welfare losses in the Turkish labour market before and after the 2008 global crisis. The study first examined unemployment rates in Turkey and the world in the 1990s and 2000s. Turkey's average unemployment rate has increased above the global average. The second main title examines Turkey's labour market during the global economic crisis. Education, urban-rural and non-agricultural unemployment is discussed. The Hodrick-Prescott filter was used to analyze non-farm unemployment rates. As a result, unemployment in our country has increased by about 4 points due to the global crisis. During the crisis and recovery period, men and women have different dynamics. Then, the employment market in Turkey was examined. Sectoral analysis of employment revealed the transition between agriculture and services. Also the effects of the global crisis on employment are explored through the lens of work, education, and gender. In the fourth main title, earnings in Turkey are examined based on gender, education, and work conditions. In conclusion, the labour economy performance of Turkey and European Union countries are compared. The first subheading examines the course of wages and costs. Before and after the global crisis, Turkey's unit labour costs were higher than other countries. Informal employment is another issue. The unregistered employment rate in Turkey has declined, but it remains higher than that in Europe. 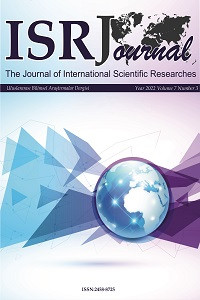