In the Miraj scenes, which depict the Prophet Hz. Muhammad's departure from Masjid al-Haram to Jerusalem, that is, Masjid al-Aqsa (Isra) and being taken up to the sky, the Burak-themed depiction, which is thought to be the riding of the Prophet of Islam, consists of various animal parts. Composition offers an artistic comparison experience that enables the creation of new styles and forms with the feature of creating a single composition of cultural forms in terms of both form and content. At this stage of comparison, not only does the style show a genetic development, but it also clarifies the question of how different cultural forms can be put together. On his night journey from Mecca to Jerusalem, whose depictions we frequently see in Islamic art, Hz. We see examples of Burak, a creature that carried Muhammad to the skies, in the miniatures of the eighteenth century Mughal period. This journey, called Isra, is considered one of the most important events in the Hijri calendar. It is understood from the imprint that the Burak-themed depiction, which constitutes the content of our work, is depicted by a Deccani artist dated to the eighteenth century. The period of the Indian Deccan sultanate can be distinguished by the formal qualities of mythological or fantastic animal depictions, in which the works produced in the palace workshops carry the anatomical physiognomy locally, and their cultural and artistic texture has been maintained under the influence of Turkish Islam. The Burak-themed composition is depicted as a supernatural entity that is revived in sacred themes in Islamic iconography, which includes sacred four aspects or figure elements in Turks with a woman's head and a lion's body. When the Ottoman and Mughal period examples of depictions of Burak are compared, it will be understood that there may be differences besides the parallel similarities with geography and interactive religion and belief factors. The text of the article will focus on the explanation of an understanding that shows the unification of cultures, the structure containing the sacred four aspects or figure elements of the cultural memory of the old Turkish faith in the sacred themes in Turkish-Islamic iconography, where the Burak-themed depiction can be selected with a cosmopolitan understanding of form and symbolic expressions. 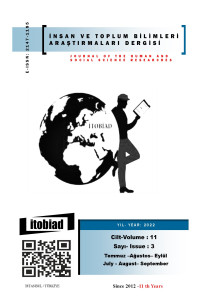