Investıgatıon of The Aesthetıcs and Functıonal Propertıes of The Areas in The Urban Park in accordance with The User Opınıons in exampe of Antalya Muratpaşa Prof. Dr. Erdal İnönü The Cıty Park

Aim: In this study, areas in the Prof. Dr. Erdal İnönü City Park were evaluated in terms of user opinions according to aesthetic and functional criteria. Method: The areas in the park have been determined and maps for each area were created. A survey study was conducted in order to get the opinions of the users about the park. Data was evaluated by using descriptive statistics. As a result of the data obtained from the survey study, the map was created according to each criteria. Results: There is determined that square and entrance of the park are the most favorite areas in the park. Garden, cafe and surround of ornamental pool which are found in the middle of the park, are less favorite areas in the park. Building and playground which are found in the east and southwest of the park, are not favorite by users. Preferences have shown significant difference according to variables such as age, occupation and income. But preferences have not shown significant difference according to variables such as education and sex. Conclusion: The main purpose of the success of the landscape design is to be liked by users. Therefore, before landscaping design is done in any area, users should be investigated, requests and demands should be taken and landscape design should be developed in this direction. 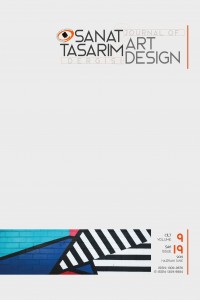