“The Greatest Empresse of the East”: Hurrem Sultan in English Restoration Drama

The interest in Ottoman court, history, and harem was on the rise in the aftermath of the Restoration of English monarchy. The Ottoman harem, especially, provided a fertile ground for the English playwrights. Thus, this study aims to analyze the representation of Hurrem Sultan who is regarded as one of the most prominent Sultanate women in Ottoman history in William Davenant’s The Siege of Rhodes(1663), Roger Boyle’s The Tragedy of Mustapha (1668), and Elkanah Settle’s Ibrahim, the Illustrious Bassa (1676). In those plays which deal with Sultan Suleyman’s reign, English playwrights rewrite the siege of Rhodes, the death of Sehzade Mustapha, and the relationship between Sultan Suleyman and Ibrahim Pasha in a new dramatical context with a special emphasis on powerful Hurrem Sultan image. By taking a critical look at the representations of Eastern women in Orientalist discourse, this article covers arguments ranging from the Western representations of the harem to Ottoman women sovereignty in the sixteenth century. The common ground which the selected plays share is that there appears a powerful woman of Sultanate image as this study intends to explore. In this context, the present study indicates that the representation of Hurrem Sultan in selected Restoration period plays which depict her both as a powerful Eastern Empress and as an important political actor challenges the particular image of passive, sexually permissive and decadent Eastern woman embedded in other Western representations of the harem. 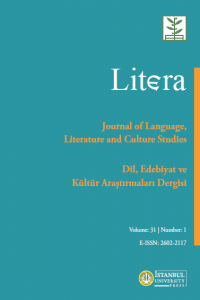