The Ottoman ruler Orhan Bey maintained relations with the Byzantines (they

became neighbors and enemies with as a result of conquests) by means of war,

diplomacy and marriage. The most important aspect of the Ottoman-Byzantine relations

is undoubtedly marriage. The Ottomans helped the Byzantines with the fights

for the throne, the Thessaloniki issue, and in the struggle with the Serbs. Despite

opposition from the Church, the Byzantine Emperor Regent, and later the Emperor

Kantakuzenos, married his daughter Theodora to the Ottoman Bey Orhan to gain

the support of the Ottomans. Although this marriage aimed at obtaining support of

Byzantium, it brought equality to the Ottoman-Byzantine relations with it. With

Orhan Bey, the Ottomans had a high-ranking political marriage for the first time.

The wedding ceremony was held in Silivri, with attendance from both sides, and the

bride was brought to Bursa. Theodore was married to Orhan, with the condition that

she remained a Christian; she practiced her faith for the rest of her life. 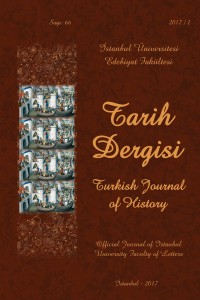