DOI: 10.26650/TurkJHist.2019.19035 In this study, the military career of General Johann Georg Browne and his manuscripts available from the Austrian archives on the Ottoman/Habsburgs wars and the relations between the Ottomans and the Habsburgs will be examined. The manuscripts, which are of great importance for researches on Ottoman-Habsburg relations and most of which are included in the records of the Austrian War Archives, include the correspondence concerning the Ottoman/Habsburg battles between 1687-1739, such as the military/logistic activities of the armies, and this gives us remarkable information about the peace treaties signed by both parties. According to the data of General Browne's 1716 manuscript, this study will also deal with the battle of Petervaradin as a case study in the Ottoman/Habsburg battles after the Second Siege of Vienna. The Ottomans planned to capture the Habsburg-controlled Petervaradin in 1716 in order to erase the negative effects of the Karlofça Peace Treaty, but they experienced a heavy defeat similar to the one they had experienced in the battle of Zenta in 1697. Among the reasons for this unexpected and unwanted defeat for the Ottomans, we could say that it was partly due to the fact that the Habsburgs had to a large extent completed their financial and military organization by 1715, and also due to the war tactics of Prince Eugene and his famous and adept commanders’ abilities applied in the battles against the Ottomans. Cite this article as: Karagöz, Hakan, “General Johann Georg Von Browne’un Osmanlı-Habsburg Harpleriyle İlgili Yazmaları ve Bir Örnek İnceleme: 1716 Petervaradin Muharebesi”, Turk J Hist sayı 70 (2019), s.51-88. 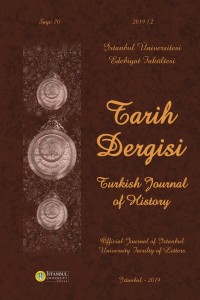