The Fāṭimids, who adopted an expansionist policy to dominate the Islamic world from the moment they were established, gradually became the most significant political and economic power. However, despite their potential, their failure against the First Crusade army was a surprising development. Besides, it is still a matter of debate whether they made enough effort, both on the arrival of the Crusaders to the region and after their loss of Jerusalem. One of the biggest factors that helped the Crusaders survive in the region for a long time was the conflicts in the Islamic world. Indeed, Islamic power in the region developed an individual identity as a result of political and sectarian differentiation. The states in the region began to act in line with their own interests and the steps they took in this direction began to damage the Muslim world over time. Because the Fāṭimids deliberately neglected the advance of the Crusaders to weaken the Saldjūḳs who endangered their sovereignty in Southern Syria and Palestine. The policy they instituted to de facto ally with the Crusaders enabled them to move freely in the region, which allowed the First Crusade to succeed in the end. In this study, the diplomatic relations that took shape between the Crusaders and Fāṭimids during the First Crusade (1096-1099) are discussed. 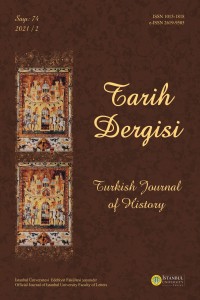