Can the British Garden City Model be a Solution for Post-Pandemic Ankara?

Can the British Garden City Model be a Solution for Post-Pandemic Ankara?

The spread of COVID-19 and its becoming an epidemic is also an urbanization problem and therefore the characteristics of cities, their future, should be discussed in relation to new life styles and planning in cities. It is a tiny virus that affects everyone, the whole world, and all economic systems, socio-political systems, urbanization systems, and causes us to rethink the past and the future. So it is impossible to see it even with a microscope. It is possible to see it with electron microscopes, but I think we can say that this is a warning sent by nature. Ebenezer Howard, one of the most influential names in the field of urban planning in the 19th century, introduced the concept of Garden City to be built around London, England, and this concept has been one of the most influential design ideas in City Planning and New City Designs until today. Howard introduced the “social city” design that attempted to bridge the gap between the individualist (capitalist) system of his time, trade unions, cooperatives, nature, quality life and common ideas. The purpose of this article is; British "Garden City Model" as the rest of the world since the end of 2019 in Europe, the UK and Turkey also great pandemic (massive outbreak) that leads Covid -19 (Crona) to be taken in the near future and be ahead against infectious diseases and to discuss their possible spatial decision. Based on Howard's Garden City Model, Prof. Hermann Jansen's Ankara Plans and plan principles, prepared after international competition at 1930’s, will be briefly mentioned and my thoughts on macro planning decisions that can be taken today will be explained. What kind of "City Model" and what kind of "Strategies" should we have against the epidemic and what should we be able to do? Of course, all of these require a planning-project and scientific experience on this subject and interdisciplinary studies. Especially social-economic-political issues are already brought to the agenda and made by governments - municipalities, some issues that are currently being implemented. There are a number of measures to prevent contamination. Public health experts say these and every city is reorganized from time to time, leaving a distance to prevent the contamination called “social distance” in order to create healthier urban spaces. Business centers, residential areas, industrial areas. 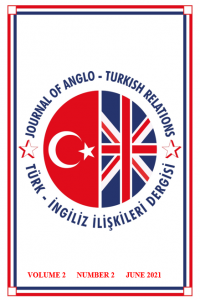