Seroprevalence of HBsAg, Anti-HBs, Anti-HCV and Anti-HIV in Behçet’s Disease

Introduction: Behçet's disease defined by Turkish dermatologist Hulusi Behçet is an inflammatory disease of unknown etiology and characterized by recurrent oral aphthous ulcers, genital ulcers, uveitis and skin lesions. We aimed to evaluate hepatitis B virus, hepatitis C virus and human immunodeficiency virus seroprevalence in Behçet's Disease. Material and Method: Patients diagnosed with Behçet’s diseaseand followed up by the dermatology outpatient clinic during 12-years period between July 2008 and July 2020 were retrospectively analyzed. Demographic datas and HBsAg, anti-HBs, anti-HCV, Anti-HIV results of the patients were recorded. Results: 359 patients with Behçet’s disease were been evaluated in this study. Of these patients, 189 (52.6%) were female, 170 (47.4%) were male and the mean age was 37.7±12.3 years. HBsAg was positive in 6 (1.6%) patients and Anti-Hbs ab in 82 (7.7%) patients. Anti HIV ab was negative in all patients. Anti-HCV antibodies were found positive in only one case (0.2%), and this was confirmed by testing for hepatitis C virus-ribonucleic acid (HCV RNA). HCV RNA was negative in this patient. Conclusion: When compared with the general population, seropositivity rates were not detected to be high in Behçet's patients. In fact, the immunity rates were found very low. Based on such a finding, it was concluded that screening is required due to increasing immunosupressive treatments today, and individuals should be vaccinated in cases where HBV indicators are negative.In the other studies, investigating the entity, seropositivity rates have been found similar to those in the population. Considering that serological data show regional differences, we thought that, our study will contribute to the literature both national and international grades due to large patient population in our region. 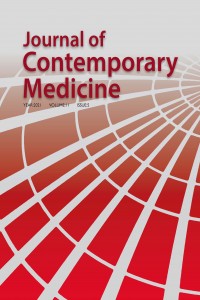