AIM Fungal sinusitis is a disease that was previously considered a rare disease, but has recently been reported with increasing frequency in warm climates. Fungal sinusitis classification has evolved over the past two decades and is said to include five subtypes. Discrimination of different subtypes and knowing their radiological features are important for accurate and rapid diagnosis and initiation of appropriate treatment. In our study, we aimed to investigate whether there is a difference between the radiological findings of AFS with a newly defined finding that may help the diagnosis of AFS; serrated turbinate and those reported in the literature. MATERIALS AND METHODS Our study included 120 patients who underwent paranasal sinus computed tomography examination in our center between January 2019 and September 2021. Patients diagnosed with AFS as a result of allergic tests and/or fungal culture examinations were included in the first group, and patients diagnosed with non-AFS rhinosinusitis were included in the second group. Presence of serrated turbinate appearence, polyps, bone erosion, CT hyperdensity were evaluated in the images. RESULTS The radiological features of AFS and non-AFS were compaired and serrated turbinate appearence was found to be statistically signifant in AFS (p<0.05). Bone erosion, presence of polyps and CT hyperdensity did not differ between the groups (p>0.05). CONCLUSION Our findings showed that serrated turbinate appearence may be a useful radiological marker in the diagnosis of AFS. Bone erosion should be evaluated seperately from other morphological and structural changes in the bone structure, and the bone density measurements should be specified for sinus opacification. 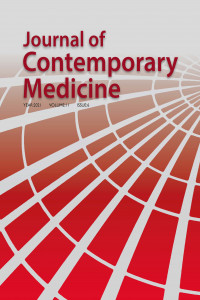