Abstract Introduction: Ingestion of foreign bodies is a worldwide problem associated with severe morbidity and mortality. The incidence of foreign bodies ingestion increases in the elderly population due to impaired intraoral sensitivity and swallowing reflex, visual problems, tooth loss, and mental disorders. Material and Method: All patients admitted with foreign body ingestion were retrospectively screened and patients over 65 years of age were included. All patients were managed by a flexible endoscope. Results: 49 patients referred with the diagnosis of foreign body ingestion between January 2016 and May 2020 were retrospectively screened. Geriatric population consisted of 24 (49%) patients, mean age was 77.4±7.8 years and 15 (62.5%) were male.The most common symptom at admission was dysphagia in 41.7% of patients. The most common ingested foreign bodies are meat and food in 58.3% of the patients (p<0.01). Foreign bodies were most often stuck at the upper esophageal sphincter level (50%). Our average time to perform endoscopic intervention is approximately 3 hours after patients are admitted to the emergency room. Perforation due to chicken bones was detected in two patients, and both patients recovered after follow-up without the need for surgical intervention, and additive endoscopic intervention. Our success rate is 100% after endoscopic procedures, and no complications or death secondary to the procedure were observed in none of the patients. Conclusion: Endoscopic foreign body removal is a highly effective procedure with relatively low complication and mortality rates. Immediate endoscopic intervention should be performed in patients who ingest foreign body to reduce the risk of complications. 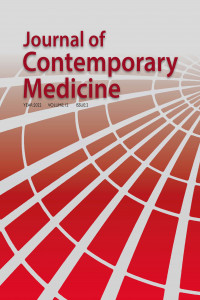