Association between Triple-Negative Breast Cancer and Socioeconomic and Cultural Factors in Southeast Anatolia: A Single-Center Experience

Objective: Triple-negative breast cancers (TNBCs) are associated with younger age, advanced stage at diagnosis, ethnicity, lower socioeconomic status (SES), and poor prognosis. The aim of the study was to investigate clinicopathologic features of TNBC patients living in Southeastern Anatolia, and the association between socioeconomic and cultural factors and TNBC. Material and Methods: A total of 875 women were included in the study. The effects of socioeconomic factors and cultural factors on clinicopathologic features of TNBC patients were evaluated. The SES of the patients was categorized as lower and higher according to educational and health insurance status, and household income. Patients’ age at diagnosis, living area (rural or urban), SES, and ethnicity (Arabic, Armenian, Kurdish, and Turkish) were recorded. Results: Median age was 47 (20-85) and 10% (n=87) of the patients were diagnosed TNBC. TNBC rates were higher in patients ≤40 years. Younger age, lower SES, and Arabic and Kurdish ethnicities were associated with higher rates of TNBC. Conclusion: Although the majority of the breast cancer patients in our region were premenopausal, the rate of TNBC among them was found to be lower than the general rate of western countries. Socioeconomic and cultural factors may affect tumor biology and prognosis of the disease in patients with TNBC. In our study, younger age, lower SES, and ethnicity were found to be associated with higher rates of TNBC and worse prognosis. 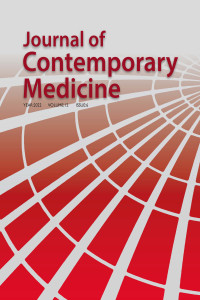