With the globalization wave that started to be seen in the world economy with the in the 1980s, capital mobility between countries and the transfer of financial markets to the international dimension were in question. As a result of this process, economies and economic indicators affecting economies have ceased to be national and have been subject to an international interaction. In this way, the Feldstein-Horioka Hypothesis is a hypothesis that tries to analyze the relationship between savings and investments by adhering to the degree of freedom of international capital movements. According to this hypothesis, while there is a strong relationship between savings and investments in economies where there is a restriction in capital movements, on the contrary, the relationship is weak. In this study, the validity of the Feldstein-Horioka Hypothesis was tested with panel unit root tests, panel cointegration test FMOLS and DOLS methods with the help of annual data covering the 1987- 2020 periods of MINT countries (Mexico, Indonesia, Nigeria and Turkey). As a result of the findings, it was concluded that the Feldstein-Horioka hypothesis was not valid for the MINT countries in the relevant period. 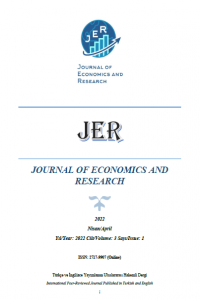