The study area located on the west coast of the Mediterranean is one of the regions with significant tourism potential. In this study, the physicochemical and microbiological quality of the sea water samples taken from three different locations that can be affected by pollution in the coastal region of Kaş district are examined. In addition, statistical analysis of water quality parameters was performed. According to the results obtained, all of the sea water samples representing the coastal regions of Kaş, Üçağız and Kale comply with the limit values. However, fecal indicators such as Total Coliform, Fecal Coliform and Fecal Streptekok were found to be high in the summer months compared to other months in general. Likewise, dissolved oxygen and light transmittance values were measured lower in the summer months. When the results of Pearson Correlation Analysis are evaluated, there are significant relationships especially between temperature (oC), pH, NH4-N and microbiological parameters. The population increases significantly in the summer months depending on the tourism in the region. According to the obtained results, Kaş coast region do not have any pollution in terms of microbiological parameters and seawater quality is good in the region. 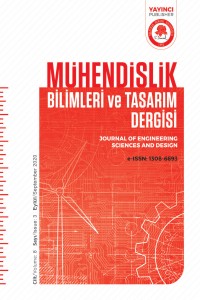