A Research On Folk Songs Of Central Muş

All poems sung with a melody are called folk songs regardless of their topic. Folk songs differ from folk literature poems in terms of melody rather than form and content. Folk songs, one of the most important living products of folk culture, are one of both the most widely performed and most rapidly transformed oral culture products. Folk songs contain many cultural features of the region where they are performed. The use of local expressions and the density of geographical motifs in folk songs provide us with an idea about the degree of the connection the local people have established with that geography. Our study is based on the work including folk songs which were compiled at different times, were brought together and notated under the name of " Folk Songs and Folk Dance Music Types of Muş" by Songül Karahasan. Through some place names, names of people, animal and plant names in folk songs, motifs about Armenians were found out and also some Kurdish expressions were determined in those folk songs and hence various evaluations were made. In the research, considering the cultural values found in Muş folk songs, one can easily have an idea about the climate, production-consumption relations and demographic structure of Muş. Another factor detected in Muş folk songs is the various changes in cultural memory in parallel with the period. 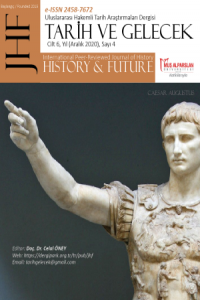