Phormium tenax (New Zealand Flax) is a plant used in many sectors such as the flax industry, paper, medicine, cosmetics, landscaping and even recently the food industry, thanks to its fibrous structure. It has been aimed to determine the environments that can be used in micropropagation of Phormium tenax (New Zealand Flax), which is one of the most imported ornamental plants, which is frequently used in landscapes in Turkey and the world in recent years. For this purpose, widely used MS, DKW, WPM, GAMBORG B5 and MS-Mod nutrient media prepared considering the soil requirements of the plant were used. In Phormium tenax media trials, the number of shoots per explant (1.53 shoots/explant) was seen in MS-Mod media with 1,00 mg L-1 BAP, 0,01 mg L-1 IBA. In addition, since MS-Mod medium gave better results in other parameters, it was determined that it was suitable for micropropagation. According to the results obtained in the research, it has been determined that the MS-Mod medium with lower nitrogen content for the Phormium tenax (New Zealand Flax) plant is both economical and environmentally friendly. 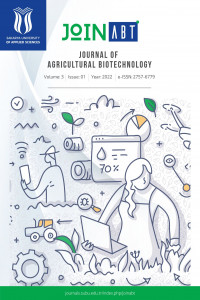