1944 RACISM-TURANISM CASE AND DISCUSSIONS IN PRESS

During the World War II, Turkey’s foreign policy and international political conditions of term were also the main determinants of internal politics decisions and practices. In this context, the stance of political power against Turanist movement, which became active especially in the war term and played an active role in many fields including the press was formed in accordance with the maneuvers of Turkey in foreign political field and the international conjuncture. In the context of friendly relations with Germany and Germany’s success in the war, the Turanist movement was tolerated by the official ideology until the end of 1943 and even supported by the government circles; whereas in 1944, when relations with Germany were cut off, the Turanist movement was also unexpectedly liquidated. This liquidation process for Turanist circles started with the closing of the pro-German and Turanist publications one by one, continued with the detentions and arrests following the Sabahattin Ali-Nihal Atsız case and finally with the ‘Racism-Turanism case’. In this study, the form of handling in press of the case which started in May 1944 and ended in March 1947 and known as ‘Racism-Turanism case’ in Turkish political literature was examined. The aim of the study is to reveal the connection between the Racism-Turanism case which is one of the important developments of Turkish political history and the events that developed around this case with the internal and external politics of term; is to shed light on the press-power relations of term within the frame of main-stream newspapers’ approach to this case. In the study which was prepared by the historical descriptive analysis method, the newspapers of Akşam, Cumhuriyet, Tan, Tanin, Ulus and Vakit were scanned and news and columns about the subject were analyzed.

Journal of History and Future 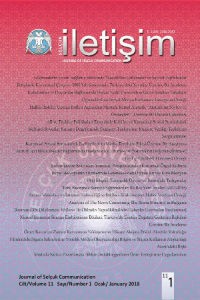