This study seeks to understand the evolution of digital game industry and the interaction between different parts of the digital game ecosystem. Within this scope games published since 1980’s by the Activision game publishing company were analyzed. In this framework the main questions that the study attempts to answer are: What kind of a development path has the global gaming industry followed? What is the relation between the digital games and game consoles? How digital games and other sectors in the culture industry interact? What kind of a life cycle models exist in the digital game ecosystem? Which dynamics and strategies are applied during the introduction of new digital games on the market? For founding answer to these questions, the publication dates and digital game series of Activision games, game console generations and cinema - television contents which are related to Activision’s games were analyzed with the quantitative content analysis methodology. According to the results we can conclude that an artificial life cycle of digital games are created by reproducing and publishing game series into the market. This result reveals that games are produced in a complex game ecosystem where; game publishers, diverse sectors of the culture industry, and console producers interact and cooperating between each other to formulate a repetitive artificial live cycle model. 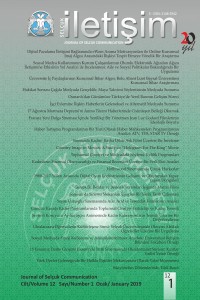