THE ABE ADMINISTRATION AND THE JAPAN CONFERENCE: AN UNFULFILLED PROMISE TO MAKE JAPAN GREAT AGAIN

Nippon Kaigi (the Japan Conference) is a right-wing organization founded in 1997. It has close relations with the Liberal Democratic Party (LDP) and the Abe Shinzo administration (December 2012-September 2020). They shared quite similar historical, constitutional and security views. Nevertheless, the group’s influence was limited. This is because Abe Shinzo, ex-Prime Minister of Japan, needed to integrate various factors into his decision-making simultaneously and could not run the administration only with his political faith. In other words, Abe needed to play roles that suit expectations from inside and outside Japan, such as Komeito, the LDP’s coalition partner, the US and China. He refused the historical view on prewar Japan established in the postwar era as a natural born revisionist, but inherited a conventional understanding of history from his predecessors for diplomatic consideration and Komeito. This article examines the relationship between former Prime Minister Abe and the Japan Conference by focusing on views about history, the constitution and security. It concludes Abe kept distance from the organization so as not to be regarded as a historical revisionist. Rather, he made efforts to reconcile with past enemies, excluding China. Abe and the Japan Conference shared the same long-term objective to remake Japan, but they were far apart. Therefore, their shared dream to remake Japan has a long way to go. 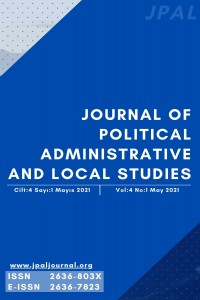