In our study, judgements included in Georgia (Meskhetian)’s Codex dated 1595, which belong to Mehmed III era, and Province of Georgia’s Codex dated 1573 from Selim II era have been confirmed and elucidated. In these codexes, district ruling laws applied in the District of Çıldır, also known as Ahıska (Meskhetian), types of taxes collected from rayah (farmers) of the district, and the amounts and collection dates were stated. In addition, other criminal sentence laws, which were enacted in order to secure the justice and peace, were also included in the codex. Necessary rules for public to be abided by purchasers and salespeople (traders) were also stated in the codex. In our study, some rules found in the cadastral record books but not in the codex related the Georgia have also been made explicit. At the end of our study, texts from Georgia, Çıldır and Ahiska codexes published by Prof. Dr. Ahmed Akgündüz are also placed. 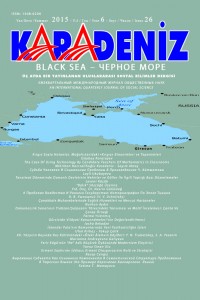