Flirting-Violence As A Social Carrier Of Violence: Example Of Ankara

The study was conducted on the definition, the reasons and the types of the concept of flirting-violence which is one of the violence types. The aim of the study is to learn the reactions of the partners against violence and to discuss the existence of flirting-violence by identifying the effects and the reasons of an actual problem like flirting-violence. In the study, it was made use of interview which is a qualitative research technique. It was interviewed with five women and five men between the ages of 18 and 29 who experience homosexual and heterosexual flirting relationship. Although the function and type of violence differs in the findings obtained as a result of the study, it was identified that each individual is exposed to or resort to violence during flirting. It was observed that the partners do not consider some flirting-violence types as violence during the interviews. The interviewees have synthesized the flirting-violence with the concepts of liking and love in the moment it was experienced, and they have begun to be in tendency to normalizing it. Thus some interviewees have been continuing their relationships by being inured to flirting-violence. 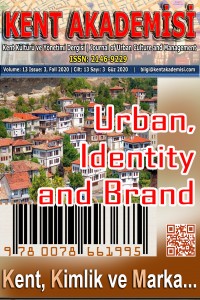