The Turkish Straits System or Sea Area consists of the Strait of İstanbul, the Strait of Canakkale, and the Sea of Marmara. The Turkish Straits are also among the busiest natural waterways in the world. Local and international maritime trade increases maritime traffic by connecting Asia and Europe continents. This study shows that the Turkish Straits are a former river valley drowned by the sea at the end of the tertiary period and affects different and demanding marine sciences situations like water currents to the ships and seafarers during navigation. Throughout history, many hazardous collisions and marine accidents happened at the Turkish Straits famously like an Independenta in 1979 and lately Vitaspirit in 2018. Suppose we need to look deeply at many reasons for all collisions, and technical and natural effects. This study tries to find the answer to natural effects that could control by human reflex and eligible technical types of equipment at the Turkish Straits? The end of the study shows that natural effects could predict with technical equipment, and seafarers could control all effects with regular education and awareness. The result is that if all straits could measure and survey deeply and continuously seasonal and could service real on time ships, seafarers could control their ships to natural effects. Thus, while the seas will be protected, it will also positively affect city/urban life in the coastal areas. 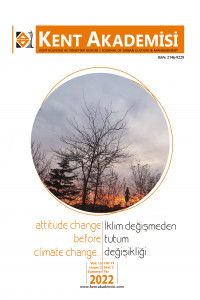