The Political and Administrative Situations in Iraq (1932-1958)

Iraq had drawn an important role in the British policy for a long period, especially when their activities reached the gulf countries during the first quarter of the seventeenth century. They realized that their primary needs for raw materials can be obtained in these regions, apart from that Iraq was like a medium for linking Britain to the world economy, for this reason initially Britain spent their efforts for establishing some companies like Mackenzie. In fact these companies tasks were not only business, but they were also busy with political, commercial and social issues. The importance of strategic Iraq for the British traced back to its geographical location that occurs on the gulf territories, which was part of land paths to India that was a British colony, in addition to discovering oil in Abadan. These reasons were influential to urge the British politicians to stress on the importance of Iraq. Since they thought the plains of Mesopotamia were a lively field for the British commercial and political activities, in this regard Lord Curzon expressed the importance of Iraq in 1908.  Before the outbreak of the First World War the British planned their military attack on the southern Iraq, and then the Indo-British government created a council 1911 to study the needs and the way of occupying it. The council suggested occupying Faw and Basra. When the First World War broke out and the Ottomans fought alongside the Axis powers against the Allies, and Iraq as part of the Ottoman Empire became the war front line that paved the way for the British to invade Iraq and establish her manda system there. During the I. World War, despite her sound defeat at Kut, the British succeeded in invading Iraq and even after the Mudros Armistice she captured Mosul. Being the mandator, the UK founded a royal regim in Iraq.But political, administrative and economic problems under the UK mandate in Iraq could not end.This period experienced many coups and internal conflictsThis work focuses on administrative and political situations in Iraq from 1932 to 1958. 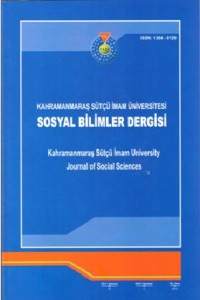