In Turkey, family and society are subjected to the process of social transformation in every area in which they are constructed. When the family structure in Turkey is examined, the traditional large families, nuclear families, small and single-parent families can be observed. When the family structure changes to the nuclear family, responsibilities in the family have started to change as well. In particular, as the role of and the need toward mothers increased in working life, although they used to be the only one interested in the child in the past, now fathers have begun to concern themselves with their children and education better. Therefore, this study analyzed the father-child relationship in the daily life narratives of working women academicians. In this regard, 15 women, who were working in Yozgat, were interviewed indepth. The sociological perspective evaluates father/fatherhood in related with masculinity rather than being biologically male. The fatherhood is influenced by the social structure and forms the structure of the society with the meanings attributed to fatherhood. In this sense, this study examined the paternity perception of the spouses of the interviewed women from the perspective of women within the context of “involved fatherhood” literature. In this sense, the study showed that the perception of the father-child relationship by women academicians is structured within the framework of traditional gender roles attributed to men and women in Turkish society. It was seen in the narratives of women with higher education, such as academic education, had very limited effects on their husbands’ perception of fatherhood in their family lives and that fathers were affected by both the conservative structure of their own families and the perception of masculinity in the society. 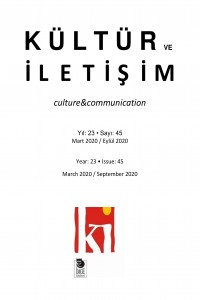