Happiness is the most precious aim for humanity both in this world and in the rest of the world. But many people look for ways to be happy by starting from their own definition of happiness instead of thinking about what happiness might actually be. He thinks he reaches for the purpose of reaching these roads or he thinks he will be unhappy if he can not reach these roads. However, this happiness reaches without thinking about what happiness may actually be. Happiness for the thinkers of the East and West world is always the ultimate goal as well as being a complementary element in their own philosophical systems. We will look at Aristotle, one of the main thinkers of western thought history, and where the Muslim philosopher Fârâbî systematized and blended Islamic thought of eastern civilization into the definition of happiness and the happiness in its holistic philosophical system. Then we will compare Al-Farabi's definition of metaphysical happiness with the definition of Aristotle by comparing happiness with western (Aristotle) definition and Al-Farabi’s view of happiness, which laid the foundation of Aristotle's philosophy. 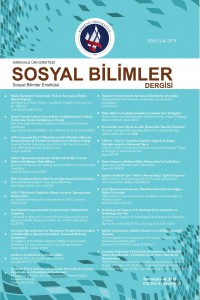