The aim of this study is to examine doctoral and master’s theses on "visual reading/visual presentation" and "visual literacy" in the field of education. In the study, a total of 37 doctoral and master’s theses were examined according to document analysis; one of the qualitative research methods. The data obtained in the study were analyzed using descriptive analysis, expressed numerically and interpreted. The theses were evaluated according to the variables of the years when they were written, the universities in the body of which they were written, the departments/divisions, the subjects handled, the sample groups, the data collection tools and the methods used. The data of the study were obtained from the database of the Higher Education Council National Thesis Center by scanning at the concept level in the field of education. In the concept search, the keywords of "visual reading, visual presentation, visual literacy" were used. As a result of the scannings, it was determined that 37 studies, 11 of which are doctorate and 26 of which are master's theses, were carried out, that most of the theses were carried out at Gazi University (f = 11) on the basis of the university, and most in primary education on the basis of department/division and in the quantitative method (f = 23) on the basis of the method. In addition, it was found that most of the theses were aimed at the primary school first grade (f = 13) in terms of the target audience and the questionnaire method was used the most as the data collection tool (f = 25). 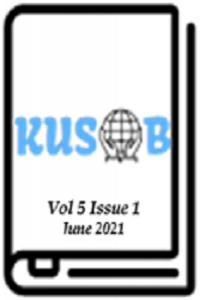 Social Sciences: Theory & Practice is an international scientific journal for the publication of research and studies covering all aspects of social sciences and related discipline.