The study was carried out with the participation of 80 people consisting of transporters, drivers and animal care personnel who deal with animal handling processes and live in the centre of Muş province and its districts where most of animal transporters settle. The questionnaire consists of three parts; the socio-demographic characteristics of participants are examined in part one. Part two analyses the attitude scale based on cognitive, emotional and behavioural aspects of animal welfare during transport; and, the third part evaluates the perception scale such as shelter, feeding, staff, health and other factors which determine the perception of staff towards the factors affecting animal welfare. The results obtained from the research showed that perception and attitude of the personnel assigned for animal transportation might affect the welfare of animals during transportation. Staff employed in animal handling and transportation in Mus Province is insufficient with respect to animal welfare knowledge and experience, and their attitude is shaped mostly by cognitive and emotional aspects. This study has come to the conclusion that in order to improve human-animal relations and its quality and ultimately animal welfare, the staff employed in the whole process must be evaluated thoroughly, and the fact that most transportations out of Mus consist of at least 8 or more hours of traveling should be taken into consideration in order to benefit from staff training and cognitive behavioural intervention techniques. 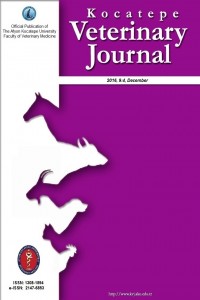