Animal Welfare Attitudes of Pet Owners: An Investigation in Central and Western Parts of Turkey

Today with the start of global pandemics, the concept of “One health-One welfare” is becoming a fact of life as never before. Responsible ownership and good care duty do affect the health and welfare of pet animals, one of the stakeholders of social life. In this study, pet owners' attitudes towards animal welfare were examined. The research was carried out in İzmir, Ankara and Afyonkarahisar that are located in the Central and Western parts of Turkey. Animal Welfare Attitude Scale (AWAS) was applied to pet owners who voluntarily participated in the study. According to the results obtained in the cognitive dimension of the AWAS, pet owners think that animal welfare is affected mostly by housing, feeding and health conditions, and less by slaughter, sacrifice or naming of animals. Findings regarding the behavioral dimension demonstrated that pet owners treat their pets and street animals well but they do not support non-governmental organizations (NGO) working for animal rights and animal protection and they are not willing to purchase and pay more for foods produced under animal friendly standartds. Also, it has been observed that pet owners believe animals are sensitive beings and have rights like humans, but they agree little with the judgment that animals are created for humans. It was concluded that pet owners can support strategies to increase animal welfare and, increasing pet owners' knowledge and awareness relationships between animals and humans, values and norms as well as NGOs can provide valuable opportunities for increasing animal welfare in Turkey. 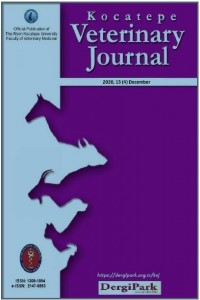