Mission and power of the gendarmerie, as one of the important cornerstones in Turkey, were regulated firstly by means of the law 1706 in 1930, as one of the important branches of law enforcement. Later in 1983, the law 2803 has been enacted on the organization, mission, and powers of the gendarmerie. According to the law, the Gendarmerie was defined as a multi-functional agency which executes some law-enforcement functions in addition to military missions and general duties as a part of Turkish Armed Forces.
After the coup attempt of Fethullah’s Terrorist Organization was suppressed, there have been many legal and administrative regulations carried out in various fields following the declaration of the state of emergency on 21 July 2016 by the Board of Ministries presided by the President of the Republic. Then, the Gendarmerie was one of the agencies in which some important transformations have been carried out. This agency has been taken out of military structure and integrated into general law-enforcement structure. By means of these regulations, gendarmerie has been transformed into a law enforcement agency to fight against any treats to public order and safety.
Aim of this study is to explain the transformation of the gendarmerie after 15 July 2016 following its historical development, structure, and functions. The changes after the coup-attempt, the justifications of the changes, and their effects on the gendarmerie are also presented in the study.
As a conclusion, it has been evaluated that the changes have enabled the gendarmerie to be able to react faster under the authority of civil government in case of requirement, and these changes have strengthened the general law enforcement structure. 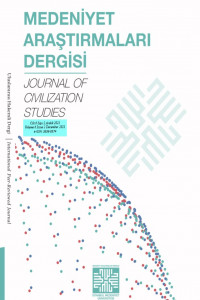