Otherization in the Novels Maps by Nurudin Farah, The Buddha of Suburbia by Hanif Kureishi and Snow by Orhan Pamuk

The world order has changed drastically after the Second World War. In this new world that seems to be mysterious and confusing, almost all global, national, and regional tensions are linked with group-based disparities. “Otherization” has become an important problem of the twentieth century, caused by the conflicts such as religious strife, military conflict, and poverty. Group ideologies play a key role in each of these conflicts. Each group has its own set of principles and excludes people who do not comply with them. However, difference of religion or ethnicity cannot be the reason alone in explaining such disputes; multiple identities revived under circumstances of cultural, geographical, and political backgrounds and problems should also be considered. Otherization takes place at a central point based on group identities and it is also the fundamental principle of common processes and conditions that advance group-based discrimination and marginality. Otherization is built upon many foundations such as ethnic group, race, gender, and religion. In this study, the concept of the “other” will be discussed in three novels. These novels, each describing a different type of otherization process, address the problem of the “other” and touch upon the processes that caused this problem. 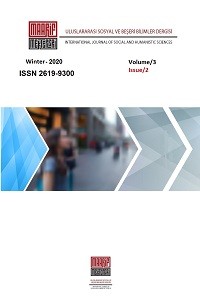