Even though letter of guarantees (LGs) were initially referred in the Turkish law by a cabinet decision in 1927 and subsequently experienced in the economic life, there is still not a specific legislation about letter of LGs in Turkey. The total of LGs in Turkish economy was TRL 200 billion in 2011. Therefore the magnitude of this figure justifies legislation in order to eliminate uncertainties. LGs are common in the current economic environment and the first examples can be found in the first days of banking. However, the first international standard was issued in 1990s.Problems stemming from LGs, whose application is based on general laws and established practices, can cause inefficiency in risk management, balance sheet deterioration, liquidity shortages that result in bankruptcies, reputation and systemic risks which are as important as other bank risks because of their damage to confidence in banks. The purpose of this paper is to define such terms about LG as; feature, description, application area, barring, by explaining the legal basis of LGs and to make recommendations for preventing judiciary issues. 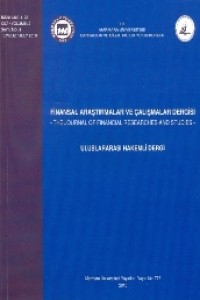