This study was shaped within the framework of in-depth face-to-face interviews with two women who defended their lives to defend their working lives and two lawyers dealing with the cases of the women in question. Both women were subjected to long-term systematic violence by men they were married to, and as a result of this spiral of violence, they had to defend their lives in the process of divorce/by killing the divorced man. For this reason, there is an effort to understand the processes that pushes women to this conclusion. It is understood that the women who were interviewed in depth were subjected to physical violence intensely, intertwined with other forms of violence and killed the men they were married in order to defend their lives. In the study, the concepts of patriarchy, masculinity and masculine violence will be discussed based on the experiences of women. With the information provided by women and lawyers, it is understood that deterrent policies to prevent male violence are not implemented. At this point, it can be said that the study indicates an important point in terms of contributing to discussions and developments in the field of law. 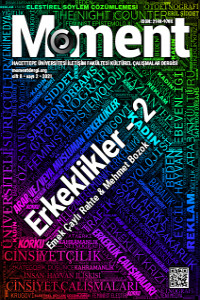