Postmodernism, which puts irony and skepticism in a central position, has started to be insufficient in making sense of contemporary visual culture and art and has lost its hegemony, resulting in the need for new explanatory frameworks. Metamodernism, as a discourse pointing to transforming sensibility and the zeitgeist, is characterized by oscillations such as between modern and postmodern, hope and nihilism, irony and sincerity. In this study, the manifestation of metamodernism in cinema has been discussed through Bad Luck Banging or Loony Porn (Radu Jude, 2021). The production of the metamodern effect in cinema has been investigated by examining the intricate use of modern and postmodern cinematic narrative strategies. Moving through dualities, the film oscillates between the hope and progress aimed by modernism and the cynical and ironic approach of postmodernism. It implements the ‘upcycling’ strategy of metamodernism, which tries to overcome modernism and postmodernism without denying them. It embodies the metamodern structure of feeling with its post-ironic, sincere and carnivalesque qualities. 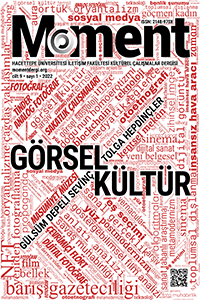