DOCUMENTARY PHOTOGRAPH IN THE AGE OF TRUTH: THINKING 'POST-TRUTH' AND 'POST-DOC' TOGETHER

This study aims to determine how the documentary photography, whose objective is to 'reveal the truth', is positioned in an era where images are produced by using digital technology and 'truth becomes unimportant'. It is aimed to analyze the new conceptions of documentary photography, based upon the discussions of 'reality' in post-modernist photography and to question the current function of documentary photography by tracing the 'post-doc' photography practice which has replaced the traditional approach. In the analysis carried out by following the question, 'Is photography still a documentary in post-truth are?', it was observed that a new understanding of reality emerged, in which fiction became immanent to truth, and that the post-doc approach, which bases its philosophy on this new reality, uses its own fictional reality instead of the 'power of truth' to influence people. In this context, it has been understood that today, documentary photography continues to exist not by the 'truth', but by a constructed version of the reality that it claims to be stronger than itself. 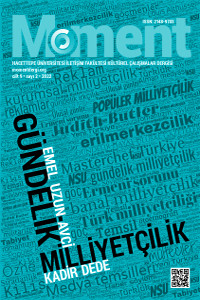