The 19th century was an intense period of wars and economic difficulties for the Ottoman Empire. The State, whose income sources also decreased during this period, went to foreign borrowing for the first time in 1854 due to the Crimean War, but when it became unable to pay them, it declared a moratorium in 1876. Thereupon, Ottoman Public Debt Administration was established in 1881 under the management of European creditors. The authority to collect and spend six types of taxes was given to this administration for the payment of Ottoman debts. This administration, which overshadowed the independence of the state, continued its activities for nearly half a century and ended in 1928. The remaining part of the Ottoman debts was undertaken by the Republic of Turkey and was fully paid in 1954. 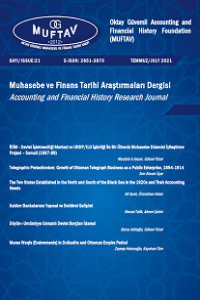