The Effect of Climate on the Architectural Design of Iranian Qajar Period (1794-1925) Baths; A Case Study of Hot and Cold Climates

The issue of hygiene has been important for many years, and this issue has become more critical with modernization. Throughout history, bathing areas in different forms have appeared in many parts of the world. In Iran, in different historical periods, the form and architecture of the bathhouses faced many changes, but spatial settlement patterns always followed a fixed pattern.

Most of the baths that have survived to this day in Iran belong to the Safavid (1501-1736), Zend (1750-1794), and Gacar (1794-1925) periods. The Qajar period baths were chosen as the sample period of this study because there are many examples in different climates among the baths of these three periods, which were the least damaged and could survive in the best way. This study aims to determine the climatic design model of Iranian baths in the Qajar period. In order to achieve this aim, the relationship between the plan morphology, materials used, space proportions, and architectural decorations of the baths selected as a case study in this study are vividly investigated. In this context therefore, among the four climates of Iran, four baths (two from the cold and two from the hot climates) from cold and hot climates were examined by field (observation) and library research method.

As a result of this study, the climatic architectural features of the baths were investigated, the main spaces of most of them were formed according to geometric shapes and their similarities with each other, and therefore their styles were the same, and the use of stone, lime, and mortar as the main building materials in hot and cold climates where these baths are located, area) is larger than Germhaneler (temperature). In addition to these, the details of the fact that the Bine and Germhane areas in cold climates are larger in the total area of the bath than in hot climates, nonetheless the total area size of the baths in cold climates is smaller than in hot climates, and the length-width ratio of the baths in hot climates is 1:6 on average, and in cold climates, this ratio is 1:3, and the decorations of the baths generally consist of lime liquid, tiles and Karbandi (a ceiling decoration technique peculiar to only Iranian architecture) based on climatic conditions. 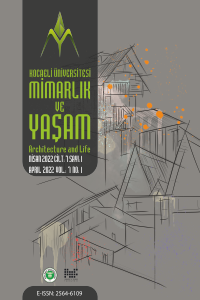