Byzantine-Hungarian Relations and the Serbian Revolt in the Era of John II. Komnenos

The Balkan lands have always been important to the Byzantine Empire. Both its being a gateway to the capital and having economic and strategic potentials play a role in this. The empire followed the policy that revolved on these lands closely and wanted to keep it under control at all times. However, some periods have lost the control mechanism. The crisis of the 11th century is a good example of this. The Komnenos dynasty share in terms of rebuilding the authority that was shaken during the time at issue is quite large. Undoubtedly, among the emperors who contributed the most to this process, John II Komnenos (1118-1143) is leading. Thanks to the effective policy it implemented, the Pecheneg threat in the Balkans was eliminated; Serbs, Bulgarians and Hungarians were taken under control. In our article, the Balkan policy carried out by John II Komnenos on the axis of Hungarians is included. In this direction, the Serbian uprising that occurred simultaneously with the Byzantine-Hungarian wars between 1127-1129 was also discussed. 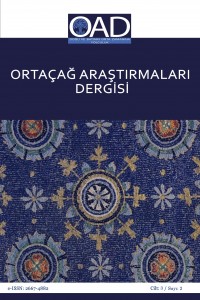