Migrant Women inside the Spiral of Sexual and Gender-based Violence: A Contextual Assessment

The risk of gender-based violence (GBV) and sexual-gender-based violence (SGBV) increases significantly for women in a war/conflict context and forced migration process. However, this issue is only considered as the unfortunate outcome of the war. This situation makes the existence of SGBV even more obscure and makes it invisible. The aim of this review is to contextually (war/conflict context, journey, and destination country) evaluate the appearances of SGBV, which is the continuation of the conflict to which forced migrant women are exposed, and to discuss the contextual processes that feed the SGBV spiral. As a result, SGBV to which forced migrant women are exposed has a spiral structure, but the appearances of SGBV are complex, interactive, and transformative. Moreover, it is dynamically and fluidly constructed with the contextual parameters in which SGBV action occurs. Therefore, this construction process determines the direction of outcomes, needs, and interventions. 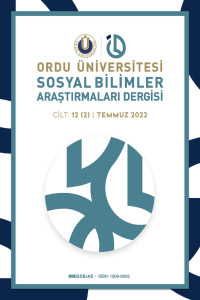