Peyami Safa is one of the writers who influenced the Turkish thought from 1950s until to 1980s. From the 1930s, Safa tried to add an internal comment to Kemalism through his theoretical studies. Again, with the column writings he wrote since the 1950s, he became effective in the shaping of the popular themes of the anti-communism in Turkey under the conditions of the Cold War. In this respect, his novels have committed issues such as civilization, spirituality, religion, nation; thus bringing the political sphere together with the cultural sphere. In this context, this study aims to discuss Peyami Safa's intellectual, literary and political personality together in a holistic way. For this purpose, first, the basic motives and interests are examined, and then, the topics that his political ideas intensify are being discussed in a common context, with mutual links to other aspects of his thinking. Thus, cross-links between his intellectual interests and his political ideas are being tried to be established 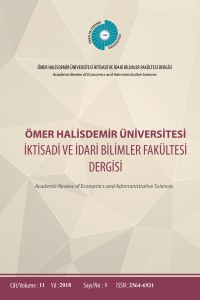