It is estimated that electromagnetic field, which is among environmental conditions that affect plant growth and whose effects upon plants have long been studied is effective upon plant development. Aloe Vera plant, having a rich content, is widely used in health, cosmetics and food sectors. Importance of Aloe Vera has been increasing due to its effects. With this estimation, the study was done in order to explore the effect of electromagnetic field upon Aloe Vera plant. Of quantitative study methods, experimental method was used and 10 Aloe Vera plants, grown in different pots, were used and 5 experimental groups and 5 control groups were composed. Growth of the plant and growth of green leaves were observed for 36 days and length of leaves was measured every seven days. To determine the effect of electromagnetic field and to demonstrate the existing situation; lengths of green leaves, root lengths, mass and protein amounts of the plants were measured and written down. The data obtained from the study were processed and analyzed via Microsoft Office Excel 2010 program. As a result of the analyses, it was explored that electromagnetic field had significant effects upon growth and development of Aloe Vera plant. The plants growing in electromagnetic field grew faster and had better roots than the experimental group in terms of early growth. 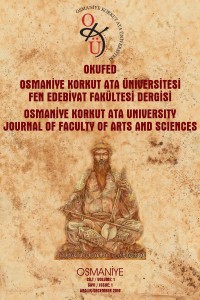