The fact that cities are large both in terms of population and the area it occupies requires them to be shaped within the framework of scientific and technical rules. On the other hand, cities face different problems as they grow in terms of population and physical. In the study, it was aimed to address with participatory approach the main problem and priorities affecting the urbanization process in Bingol's center. The survey technique, which is known as the most common method of collecting data from primary sources, was used in this the study. The results of the survey collected with 598 people from different demographic feature were analyzed by using SPSS software. In addition to the descriptive evaluations, it was used for meaningfulness tests according to participant profile and old-new urban texture variables. According to the individuals who participated in the study, the most important problems were green space deficiency and environmental pollution-garbage problem at the scale of the neighborhood and green space deficiency and parking problem throughout the city. In addition, the priorities of the participants for solutions were lack of green space (17.8%) firstly, environmental pollution-waste problem (13.1%) secondly and traffic problem (12.4%) thirdly. In the evaluation of 16 problem areas, it was determined that the results did not change according to the old-new residential areas. The results of the research indicated that a sustainable and livable city agenda should be established without delay. 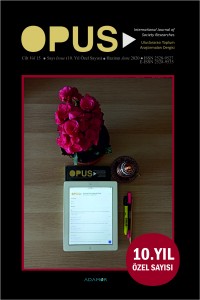